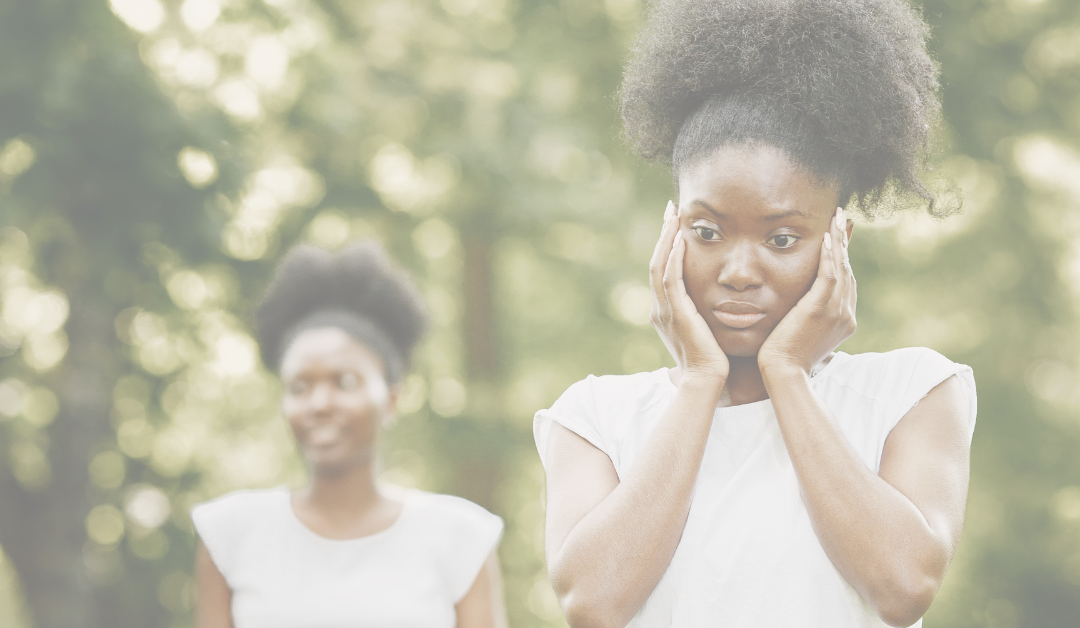 If so, I’m covering that in today’s episode and you do not wanna miss it.

Parenting has two sides. It has the actions and the reactions, and oftentimes our actions can easily leave scars in us and I talked about that in the last episode.

If you haven’t taken a listen, I encourage you to do that first, because I’m going to pick up in this episode and talk about how our actions and reactions could easily leave scars in our children, and why this is important is because it’s twofold.

Number one, our nature can easily be passed on to our children. And in fact, that is very much scriptural, that the sins of the father are passed on to the children. The sins are our habitual ways. The realm of the flesh, the sinful nature that we have, are picked up and carried on through our children. This is something that nature has proven to us.

The second fold is the fact that when we recognize that our sinful nature also comes into our children, it leaves an impression on them, an impression that it’s either good or bad. We need to take in consideration those things that we have unknowingly or knowingly done to our children that have left scars that could easily pop their heads up, especially when the influences of this world is coming into them and causing a lot of havoc.

Now I’m gonna share a little bit about child scars and how they showed up in our family and how praise the Lord. He has showed us how to walk through them and to heal them, and how to be aware of them so that we do not create more because our place as parents is to point to Christ. But along the way, you’re going to make mistakes and you’re going to cause scars in your children because we’re human. But unlike Christ, he’s flawless. We are not flawless.

We must recognize that even in our best, even in knowing what we know at the time and doing our best in those efforts doesn’t mean it’s godly best. Here’s what I wanna talk to you about. Recognizing that our children was, you know, we were using a method of parenting that I felt was exactly God’s way, but I was doing it with the devil’s attitude.

It was causing a whole lot of problems. I was struggling with both actions and reactions in my parenting, meaning that my actions were really consisting of majority of bad habits that were then causing reactions that were bad as well. So we must approach our children’s heart knowing that there, the actions that we have done has caused reactions. And these reactions are the scars that we’re leaving in our children.

So as our children grew, I became more and more aware of these scars and how they were affecting. And if you are walking on eggshells with a child or two children, this is showing you that there are scars, possibly opened wounds, more likely oozing wounds going on in your relationships with those. When you’re walking on eggshells and you feel like you can’t be yourself and you’re holding onto your words, you’re biting your lips, you are in a place of knowing that there are scars, but not knowing how to fix those scars. You know, there’s wounds there. You know, they’re open wounds, they’re oozing wounds, but you’re not really equipped to moving into this without additional conflict because at this point you’re avoiding conflict. You’re saying I don’t wanna fight anymore but you don’t know what to do to make it different.

He is pressing on them to make them hurt. He’s keeping them in our mind. He’s making sure we’re hearing them everywhere. And there is a place in our society where blame is being constantly put on parents and on grandparents in all of these. And we have to recognize it has to stop.

Forgiveness is first, we must make sure that our children have the opportunity to hear us apologize.

But here is where it’s so important. We must then be quiet and allow our children to tell us what we don’t know.

We must be quiet and let them tell us where their hurts are. And we must recognize if they’re not true, they’re true to them.

Now, I say that because at a time where we were walking on eggshells, my daughter and I, when her wounds were oozing, I did not realize what I had done to hurt her. I couldn’t put my finger on it. I couldn’t quite, you know, I was doing the will of God. I was using scripture. I was doing so many things in her life with God. She was faithfully going to church, but she wasn’t growing.

Growth is the only way of knowing if the influences are in fact working.

So I remember this particular time we were on a road trip and we were all shut up in our suburban, and I knew we were walking on eggshells and I had enough and I wanted to get to the bottom of it.

And so right there on the highway, we began to have conflict. And I stopped it all. And I said, no, everyone is gonna talk. We are not gonna stop this. We’re gonna talk. We’re gonna get to the bottom of it. And I’ll tell you, we should have done that years ago. It was in that moment that I was beginning to hear my daughter’s scars for the first time.

If I had given her the same respect that I have given multiple friends, when I could tell our relationship wasn’t quite right and going and saying, what have I done to offend you? And quickly apologizing. But because I was superior to her as her parent, because I had this mindset that I am the parent, not the friend, because it’s, you know, honor me, not honor you.

And in Matthew 18, it tells you if it’s someone has offended you, you go to them and you tell them what they have offended before you can even have communion. We never did that in a relationship. I never allowed my daughter to come to me and open up and say, mom, this is what’s hurting me right now. You’ve offended me in this area because I was the parent.

I quieted her. You have to honor me, you have to obey me. And what I didn’t recognize is that those obedience was their mere veneer laid on her surface. And then as an adult, she was struggling deeply because we wanted a relationship. But it’s kind of like those magnets coming on the opposite. We were pushing, we were trying to come together, but we were pushing. There was a force pushing us away.

And then be quiet.

Don’t become offensive. Don’t become defensive. Don’t justify your actions because it’s not gonna work. Be ready to say, please forgive me for whatever they say. Even if you didn’t remember doing it, even if it was unknown to you at the time, it caused true pain to your child. And when you recognize that unintentional pain is still pain in itself.

One person’s truth is enough to break a family apart.

All of our other children never agreed with my daughter in so many things, but it was her belief and I had to come at it with forgiveness in my heart.

I had to come to her with humility, with meekness and love her through it in order for us to break through. And it was through that that I was able to come to a place where I recognized that my parenting was by force, that it was my parenting habits that caused this. Even though my heart was right, it was how I delivered it that was wrong.

Thankfully, today we are healed and we’re very quick to talk.

Our children have scars because we are failable parents.

Recognizing that is your first step in having a joyous, joyous life with your kids.

I want to encourage you. Stop right now. If you know something is wrong between you and your children, stop right now.

Approach them and say, listen, I know something’s not right between us. What is it? And then tell them, if ever there is an offense between us, if I have wronged you in any way, you come to me. It’s the only way to make sure the devil does not have a place in your family.

Don’t let him in.

And make sure that you are healing your children and before you stop that conversation, pray together and hug each other, you will be better for it.