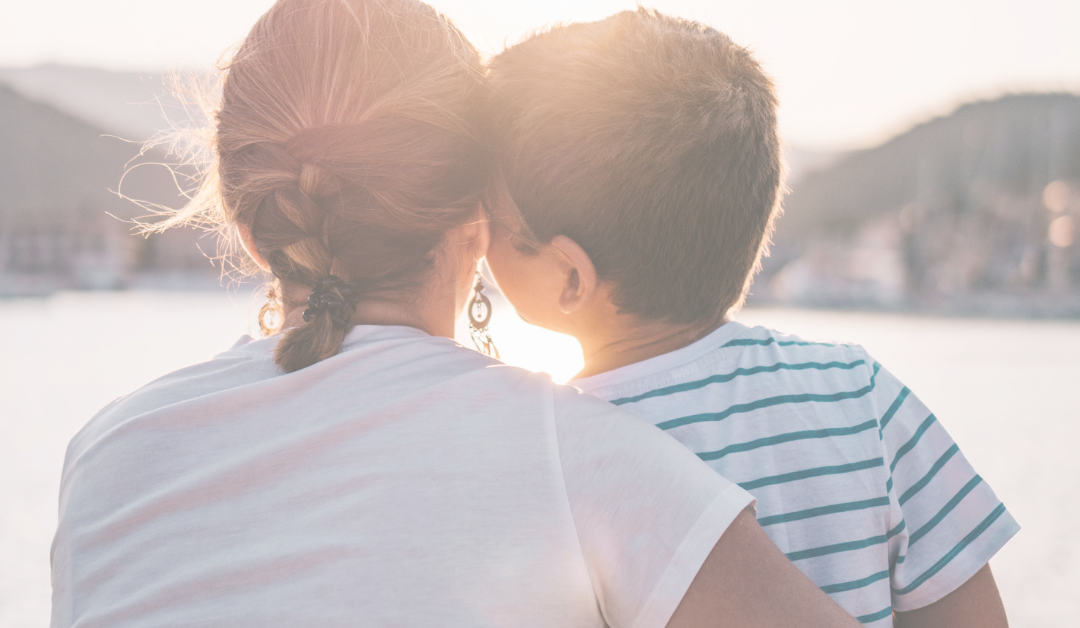 Do you have any scars, open wounds, or maybe even the seeping kind that take forever to heal? If so, I can’t wait to share with you today’s episode about parenting scars.

There’s no way you are going to get from birth to your child taking their place in society without creating a little bit of wounds along the way.

Now, there are so many things that we as parents, we come into this parenthood thinking that we’re gonna be the best possible things and no one tells us about the mistakes that we’re going to make and the disappointments that we might put on our children.

And even when we’re thinking about the disappointments and the mistakes our parents made and how that may affect us or affect our children as we’re moving through these stages of our life and how the sins that are passed down from our fathers, those generational habits that we keep doing to make part of our nature that we’re passing onto our children. All of these are scars, but those are not the scars I’m going to be talking about today.

Today I wanna be talking about those things where when we have disagreements about the different approaches in parenting and how we perhaps say things to our children or do things to our children that not not only give us guilt, but giving us lasting shame. Those are the things I wanna talk about because we have to come to a point in our relationship with Christ and with ourselves and with our children to understand that all have come short of the glory of God, that we’re going to make mistakes.

My mother-in-law, in her wisdom of raising nine childrens quickly came over to me to see if everything was okay. And when, I was crying to her and I said, I hurt her, I really hurt her. My mother-in-law just rubbed my shoulder and reminded me, this won’t be the first time you’ll hurt her. This is an accident. You didn’t mean to do it. She will be okay. She’ll be okay. And she just gave me this love of just saying, it’s, it’s fine.

Now mind you, my husband has a few scars growing up, and he definitely lived a very full childhood of a lot of fun and emotions and adventures. And so those scars were not given to him by his mom, but they were scars nonetheless during his childhood. And it got me to begin to think of how many times I as a child had skinned up knees and bruises and all kinds of things because I too lived an adventurous childhood.

I was always the tomboy in the situation, always out having fun. But we look at what we do to our children unintentionally, those boo boos that we have, and we do, we look at them differently. I’ll never forget when my husband accidentally shut our sons, our youngest son’s finger in the door and how that hurt him so much As a parent, and I know because I’ve had similar situations and it just makes you feel so bad.

But what if we think about the scars that we have as parents that may not be seen to everyone else, but they’re still there.

They’re still in the underlining of maybe words that we have said to our spouse or things that we may have said to our children that we immediately regretted, but in it, it’s left a scar. A scar because we’ve pained our child or we’ve our spouse and we really don’t know how to get over those things.

That is the key that I want you to recognize is that we must forgive ourselves, understanding that we’re mere humans, we’re going to make these mistakes.

We’re even unable to recognize the difference between a physical hurt and an emotional hurt or a mental hurt.

These are things that we must overcome and it requires us to forgive ourselves.

Now, you may have listened to an earlier episode of mine where I talked about how I’ve used forgiveness, but in in the ability of forgiving and asking for forgiveness for others, it’s really hard to forgive ourselves through maybe intentionally or unintentionally said or acted a way that has offended one of our spouses or children and and what do we do to let go of that hurt?

Because it becomes a scar.

It’s a scar that we recognize.

I want you to recognize that unless you have multiple scars of the exact same thing going on, the fact that you only have one scar in one area, maybe it was you only said certain words one time, and that scarred you so bad, those scars serve as a memory of not repeated actions. It’s, it serves a way of saying, I cannot do this again. It helps you to recognize then that it was a changed behavior, that you were able to stop because it hurts you, not just them.

It’s a free gift, but forgiveness requires a change.

When we look at rather it be how we are interacting with our spouse or with our children, we have to stop and say, why am I doing what I’m doing? What does it benefit? And why do I continue to do that?

If we ask those hard questions, we’re gonna be able to see the root cause to those words, those actions, those reactions.

What was what? What did I do that didn’t create the second scar? And get really clear on those things because our society has made it where we ponder the hurts longer.

We create feelings around past hurts, and it keeps us in bondage because of it. It’s what the influences of this, the schemes of the enemy wants us to do. It’s tactics.

If we can think about our scars, we can keep the bondages more. So we need to really be very intentional about not just saying, I am forgiven, but walk like it by not thinking about the scars anymore.

Look at them as victories.

That’s what scars are. They’re victories of saving. There’s victories of change. And then if you need help, reach out.

Lasting influences is level one to wholesome influencers. So if you’re having a lot of parental scars, it might be that you just don’t know what to do differently. And if that’s the case, I can help equip you there.

So I want you to look on that if you need it. wholessomeinfluencers.com.

Now, the key thing is in order to forgive ourselves, we must first be forgiven. So if you’re holding unforgiveness here, it may be because you haven’t asked for forgiveness. So make sure you have asked for the forgiveness and then forgive yourselves and let go of it.

And anytime that enemy tactic comes in to remind you of that, you need to remind him that it’s a victory because it’s a scar. It’s not an open wound, it’s not a oozing wound anymore that you are having it healed under the blood of Jesus, and you are confessing healing over it.

Now, one last thing I want you to say is as you’re doing this, depending on how hard and where you are in this parental scar, in the stages of healing, you might have to say, I forgive myself.